Who Is Kasie Faddah From “Below Deck Adventure”?

Below Deck Adventure promises to take viewers on an adventure. The program, set in Norway, will feature the ultra-rich pursuing ultra-adventures. Unlike other Below Deck presentations, this one will focus on extreme adventure activities rather than the customary sumptuous lunches and leisure. The program will include an all-new team whose goal is to guarantee that their visitors have the best experience possible. Captain Kerry Titheradge, who will be accompanied by Chief stew Faye Clarke, will be in command of the ship in the upcoming Bravo program. Kaise Faddah, who is originally from Seattle but has been living in the Costa Rican forest for a long, is one of the stews slated to work under Faye.

According to Bravo’s news release:

“In the newest installment of the Emmy Award-nominated series, Bravo takes viewers beyond the deck and off the yacht, as guests paraglide, explore caverns, and enjoy adventurous helicopter flights in the Norwegian Fjords. The series follows thrill-seeking charter customers who want to test their boundaries in order to have an exceptional experience amid the magnificent landscapes rich in Viking heritage.”

The program will air on Bravo on November 1 at 9 p.m. ET.

Below Deck Adventure is poised to sail away, and Kasie Faddah will make her Bravo debut. She was born in Seattle, Washington, but has spent the last ten years of her life in a Costa Rican rainforest. Her unorthodox surroundings may be the source of her affinity for nature. She was a member of the Mormon church while living in Seattle, but as a teenager, she decided to leave it all behind. 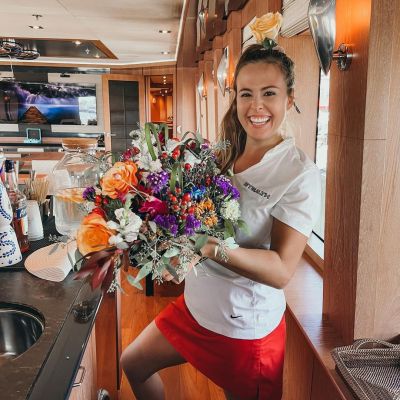 Travel is an important part of the Below Deck Adventure cast member’s life, as seen by her Instagram feed, which she may have gotten from her parents, who also like it. Kasie’s father was born in Finland and has lived all across the United States, whilst her mother was raised in Southern California. Kasie has a brother called Kraig, and the four of them relocated to Costa Rica while Kasie was still in high school. The parents wanted their children to have as many life experiences as possible, and Kasie has done exactly that. She has visited Germany and Thailand and, like her mother, enjoys yoga.

Kasie’s next journey will be shown to the globe as a stew on Below Deck Adventure. However, it seems that her adventure is not off to a good start. According to Bravo’s press announcement, Kasie and Oriana, the two stews, have previously worked together and do not get along. Kasie, on the other hand, made fantastic friends on set and is often seen uploading images with the crew members. Nathan is one of the members who often appears on her Instagram, and the two have a good time together. Chef Jess Condy, Chief Chef Faye Clarke, Bosun Lewis Lupton, and Deckhands Nathan Morely, Michael Gilman, and Kyle Dickhard round up the cast of Below Deck Adventure. 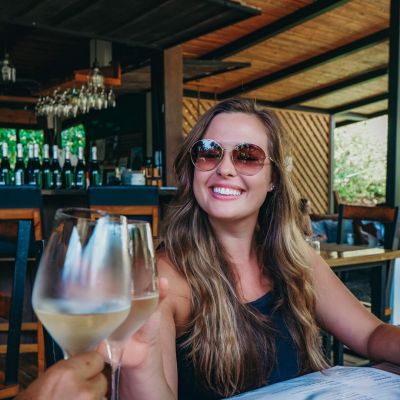 Shed Media produces Below Deck Adventure, with executive producers Lisa Shannon and Dan Peirson. Mark Cronin, Grace Lee, Seliga Joe Van Ek, Sun de Graaf, Brittany Nabors, and Natalie Neurauter are among the other executive producers. The show’s episodes will be available to watch on Peacock the day after they premiere. Bravo’s Below Deck Adventure will air on November 1 at 9 p.m. ET.