With the Camp Nou in shambles, it’s easy to forget Barcelona’s unrivaled dominance in the early 2010s. The Blaugrana, famous for their iconic tiki-taka style, was home to some of the sport’s greatest names.

Players would flock to Catalonia in order to defend the Barcelona badge and eventually reach the pinnacle of football. However, things have changed dramatically in recent years, with the vast majority of established names refusing to touch the current Barcelona project with a ten-foot pole.

Over the years, Barcelona has seen several great players leave the club.

The departure of Lionel Messi was possibly the most significant blow to Barcelona in their current situation. Due to financial difficulties and La Liga regulations, the Blaugrana were forced to let go of their greatest player in an unceremonious manner.

The Argentine, like his former attacking partners Neymar and Luis Suarez, left his boyhood club after 21 years. Other notable players who have left Barcelona in recent years include Ivan Rakitic, Andres Iniesta, Arthur Melo, Pedro, and Cesc Fabregas.

While many of the aforementioned footballers had little said in their fate at Camp Nou, others have chosen to leave on their own accord. Some have gone on to achieve greater success outside of Catalonia, but there is still a group that regrets leaving.

On that note, here are five players who are remorseful about leaving Barcelona:

Alexis Sanchez, Barcelona’s No.9 before Luis Suarez, was a popular figure at Camp Nou. Sanchez’s heroics were well documented by Blaugrana fans, who admired him for his offensive contributions to the club. 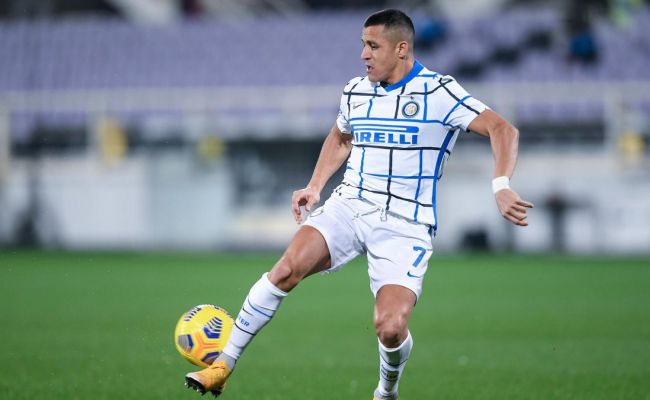 During his three-year stay in Spain, he was never a regular starter for Barcelona. As a result, when Arsenal came calling with a hefty offer of €42.5 million for Sanchez’s services, the Catalan giants gladly obliged.

For a time, it appeared that he had found his place, with the Chilean leading the Gunners’ attack on his own for four seasons.

After much speculation, Sanchez joined Manchester United in 2018 to further his ambition. However, after his move to Old Trafford, everything went downhill. Since that blunder, the former Barcelona forward has only scored 17 goals, which is an embarrassment. Sanchez, who was tipped to be the spearhead of Barcelona’s frontline before moving to Arsenal, is now a bench warmer for Inter Milan at the age of 32.

Despite their recent shaky business dealings, Barcelona pulled off an incredible coup in the summer of 2014. In addition to Ivan Rakitic, Marc-Andre ter Stegen, and Luis Suarez, the Blaugrana signed veteran Claudio Bravo to fill the void left by Victor Valdes. 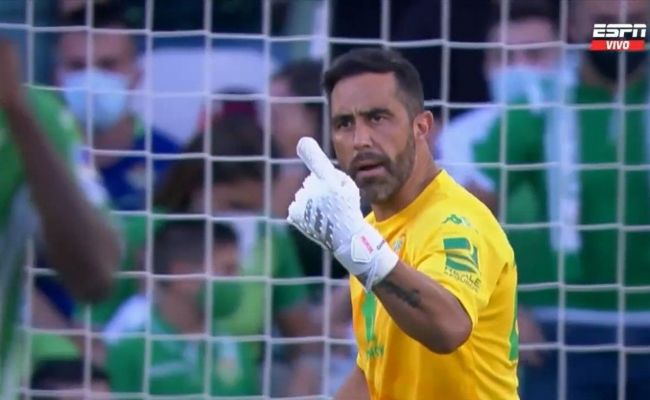 Bravo was one of the most dependable members of Luis Enrique’s squad during his two seasons at Camp Nou. In 75 games with the Blaugrana, the Chilean goalkeeper kept 43 clean sheets while conceding only 44 goals.

Pep Guardiola chose Bravo as the foundation of his Manchester City project after being impressed by his reflexes and ball skills. However, the seasoned goalie appeared to be lacking confidence at the Etihad, making several high-profile errors on a consistent basis.

The following summer, Bravo was quickly replaced by Ederson, and he spent the rest of his City career on the bench. Bravo, who won the treble in his debut season with Barcelona, is now competing for a starting spot at Real Betis with Rui Silva.

Ilaix Moriba, the most recent departure on the list, appears to be rethinking his decision to leave Barcelona only two months into his life in Germany. Moriba has played 49 minutes and started zero games since joining RB Leipzig for €16 million in August. 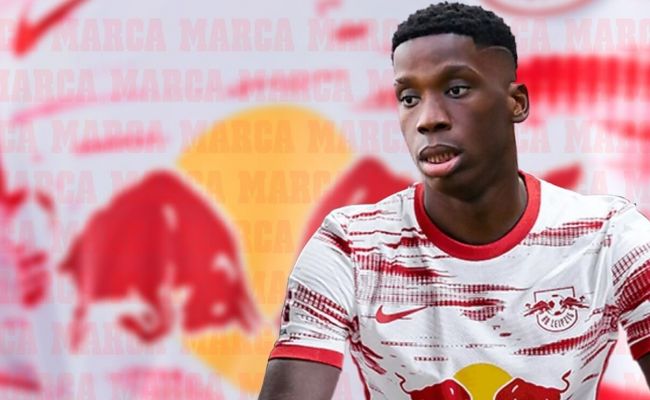 Last season, the Spanish prodigy burst onto the scene with Barcelona, establishing himself as the club’s newest young talent. Moriba quickly earned his manager’s trust, with his performances convincing Ronald Koeman to give him 14 La Liga appearances in his debut season.

Early success, however, appeared to have gotten to the youngster’s head, as he soon demanded a significant wage increase, according to various reports. Joan Laporta, who refused to oblige, facilitated Moriba’s transfer to RB Leipzig, where he has yet to make an impact.

The 18-year-old midfielder may pay his own way to return to Barcelona from Germany.

Alexander Hleb joined Barcelona from Arsenal in 2008 after a successful season at the Emirates. The Belarusian attacker had earned the trust of the Arsenal faithful during his three seasons with the Gunners, earning him an upgrade to Barcelona. 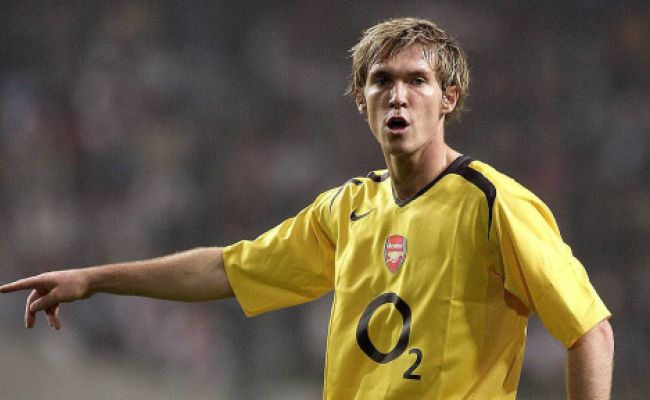 Hleb spent much of his time on the bench because Pep Guardiola didn’t believe in him. Frustrated, he left the club and played on loan for three years. Hleb recently expressed regret over leaving Barcelona, saying:

“Everything would be done differently now. I should have fought until the bitter end for a spot in the Barcelona starting lineup. I realize it was my fault because I deliberately incited the conflict through my stupidity.”
Following his departure from Barcelona, Hleb played for obscure football clubs such as KS Samara, Genclerbirligi, and Isloch. In 2020, he finally called it quits.

Camp Nou had a long history with the fabled No.10 jersey before Ronaldinho, and Lionel Messi arrived. In the early 2000s, the legendary Rivaldo wore the shirt for Barcelona. Rivaldo was a Catalan fan favorite, enthralling audiences with his flair and clinical finishing, with the Brazilian forward. 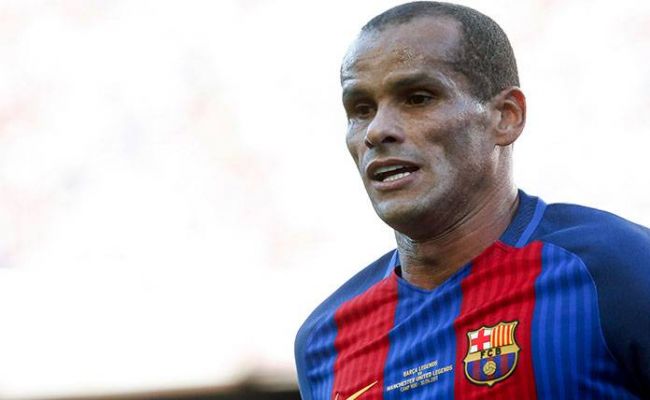 With Barcelona, he scored 130 goals in 235 appearances, propelling the Catalan giants to four titles in five seasons. However, a squabble with manager Louis Van Gaal soon led to Rivaldo’s demise. The prolific attacker was expected to take Serie A by storm after forcing a move to AC Milan in 2002.

Instead, he failed miserably to secure a starting spot in Carlo Ancelotti’s lineup. Filippo Inzaghi and Andriy Shevchenko’s seemingly unbreakable partnership kept Rivaldo on the bench.

As a result, the 2002 World Cup champion could only muster eight goals at the San Siro. Poor performance in Italy won him the Bidone d’Oro in 2003. Rivaldo had deteriorated from his status as Barcelona’s talisman just a few years before.

Megan Stalter Will Be Featured As The Host Of “Snacks vs. Chef”

Read More
SSPORTS
Football is the world’s most popular sport. Naturally, at the highest level of the game, there is a…

Read More
SSPORTS
Barcelona has a long and illustrious history. The Blaugrana began in the nineteenth century, laying the groundwork for…

Read More
SSPORTS
It took some time, but the Arsenal fans’ smiles are back as their team continues to perform well…

Read More
SSPORTS
Arsenal is reportedly planning an offensive overhaul for next summer, which could include a move for Everton striker…

Read More
SSPORTS
True, not all football players are treated with dignity. Unless your name is Lionel Messi or Cristiano Ronaldo,…

Read More
SSPORTS
Manchester United is one of England’s most illustrious clubs in the modern era of football. Their glorious footballing…