Top 5 Of The Best Signings So Far This Season

Football clubs can strengthen their squads during the transfer window. The majority of transfer activity occurs in the summer, prior to the start of a new season. This summer has been quite eventful. This year has seen some of the biggest names in world football change clubs.

There have also been a number of high-priced signings. Premier League clubs, as usual, splashed the cash, with Chelsea and Manchester City setting new transfer records this summer. In fact, with the exception of Barcelona, no top European team resisted spending heavily during the summer transfer window.

How many of them are kicking themselves for spending so much money on a star who isn’t a good fit for their system? Without further ado, here are the five new signings that have performed the best this season.

However, Ramsdale has surpassed Leno as the Gunners’ first-choice goalkeeper. He has put in some incredible performances for Mikel Arteta’s side, including one against Leicester City. In that game, Ramsdale made a number of world-class saves.

So far this season, he has kept seven clean sheets in 11 appearances for Arsenal across all competitions.

Barcelona has had a difficult start to the 2021-22 season. Memphis Depay was signed as a free agent in the summer by then-Barcelona manager Ronald Koeman.

Depay has struggled in the new season, but it’s important to remember that he’s playing for an inexperienced team. Now that Xavi Hernandez has been named manager, we may see the best of him.

Depay has six goals and two assists in 12 La Liga appearances so far. However, he has yet to break his duck in the Champions League, which reflects Barcelona’s slow start to the competition.

But there’s a lot of potential here, and Depay could be a leader for the Catalans in this new era.

This summer, Real Madrid signed David Alaba on a free transfer. It was one of the most publicized transactions of the transfer window. Real Madrid needed to strengthen their defense because their world-class center-back duo of Sergio Ramos and Raphael Varane were set to leave.

Alaba’s arrival has greatly aided Real Madrid’s transition. Los Blancos’ versatile Austrian international can play at both center-back and left-back. In 11 La Liga appearances this season, he has one goal and three assists.

Real Madrid now has a world-class defender on their team, and the lack of a transfer fee can offset his high wages. Alaba has proven to be one of the best summer signings so far.

PSG’s most expensive signing of the summer transfer window was Achraf Hakimi. The all-action right-back was signed for £54 million from Inter Milan. The Parisians needed to strengthen at right-back, and Hakimi was already one of the best in the business at the age of 22.

Hakimi made an immediate impact at his new club. He has since slowed a little, but PSG’s overall form has been nothing to write about. Hakimi has three goals and two assists in 12 Ligue 1 appearances this season.

He is a lightning rod in attack and is crucial to PSG’s ability to break on the counter. The 23-year-old still has a long way to go, but he has the potential to become one of the best right-backs in modern times.

The question for Manchester United with Cristiano Ronaldo is whether the sacrifice was worth the addition. For the time being, it most emphatically has. Indeed, Ronaldo’s arrival in the summer forced Solskjaer to restructure his squad.

Bruno Fernandes has evolved into a playmaker rather than a goal scorer, and he deserves credit for doing so. However, a few key cogs in this Manchester United team are not performing to their full potential. 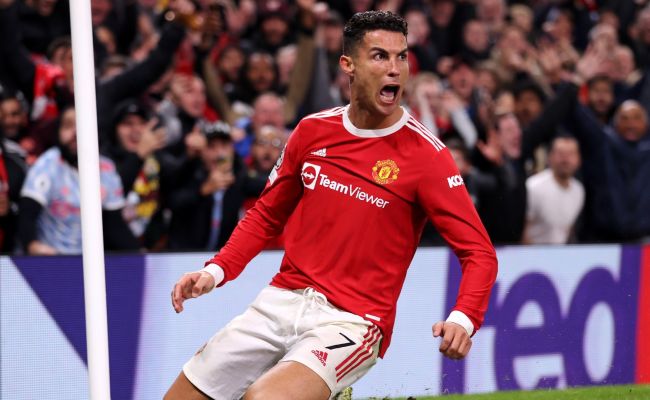 Harry Maguire, Luke Shaw, Fred, Jadon Sancho, and Paul Pogba have all struggled recently. Manchester United’s position would be much worse without Cristiano Ronaldo’s goals, the majority of which have come at critical times.

Their Champions League campaign would have been over if it hadn’t been for Ronaldo’s heroics against Villarreal and Atalanta. So far this season, the Portuguese international has nine goals and one assist in 13 appearances across all competitions.:

Read More
SSPORTS
Barcelona has a long and illustrious history. The Blaugrana began in the nineteenth century, laying the groundwork for…

Read More
SSPORTS
Cesar Azpilicueta has emerged as a potential 2022 transfer target for Barcelona. Azpilicueta, one of several Chelsea players…

Read More
SSPORTS
The group stage of the World Cup Qualifiers has been full of surprises in the final phase. Only…

Read More
SSPORTS
Newcastle United’s high-profile takeover has led to speculation about a slew of potential big-name signings. However, given Newcastle’s…