Xavi, the new manager of Barcelona, has set his sights on reuniting with a player from his time in Qatar. Baghdad Bounedjah of Al Sadd is a target for Barcelona. According to reports, Xavi is a fan of the striker and has asked the Barcelona board to bring him in.

Bounedjah, based in Qatar, has a strong reputation in the Middle East as a goal scorer. In his first nine appearances, he scored 11 goals and provided three assists. Xavi, who managed the center forward during his two-year stint in Qatar, will know how to get the most out of a player who won the Golden Boot last season.

However, the step up to a club of Barcelona’s caliber may be too much for a player who has never played in a major European league. At the club, Luuk de Jong and Philippe Coutinho are already considered surplus to requirements. A risky transfer for an untested player would be difficult for the club. 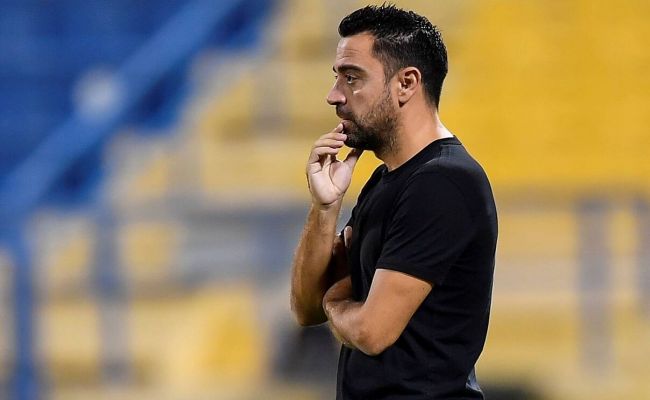 Bounedjah’s prime years are behind him at the age of 29. The Blaugrana might be better off following up on the slew of forwards they’ve been linked with across Europe in recent weeks. Karim Adeyemi of Red Bull Salzburg and Raheem Sterling of Manchester City are among them.

Ronald Koeman’s administration signed Sevilla loanee Luuk de Jong to compete with Martin Braithwaite for Barcelona’s starting spot. The two previously enjoyed working with the Dutch national team, but his signing has been a flop for Barcelona.

Xavi Hernandez is unlikely to play de Jong, especially after failing to make an appearance under Sergi Barjuan. With Sergio Aguero out for the foreseeable future, Barcelona must sign a striker during the winter transfer window. Bounedjah may not be the best option, but with the club’s financial resources dwindling, they may not have many other options.

Read More
SSPORTS
Despite Real Madrid’s attempts to bolster their midfield, Casemiro, Luka Modric, and Toni Kroos have entrenched themselves in…

Read More
SSPORTS
Liverpool has made a strong start to the 2021-22 season. The Reds are without a doubt one of…

Read More
SSPORTS
Football is the world’s most popular sport. Naturally, at the highest level of the game, there is a…

Read More
SSPORTS
Several nations’ qualification for the 2022 FIFA World Cup has been confirmed during the current international break. From…

Read More
SSPORTS
Jurgen Klopp has solidified his position as one of the best managers of the last decade. His time…