Who Is Scottish Francis From “Snack Vs. Chef”?

Snack Vs. Chef 2022, Netflix’s newest reality TV culinary series, aired eight binge-worthy episodes on Wednesday, November 30, 2022. The program, presented by comedians Megan Stalter and Hari Kondabolu, showcases exceptional chefs from all walks of life who use their various culinary backgrounds to prepare delicious treats while also recreating some classics until one of them wins the grand prize of $50,000.

Chef Scottish Francis was one of the show’s 12 outstanding participants who developed some fantastic meals imitating popular delicacies. Despite winning the first round, he was eliminated from the finals the next round. The chef was previously featured in Season 5 of MasterChef, finishing 11th. Gordon Ramsay, the famed chef, also named him the “Doughnut King.”

Netflix’s official summary for Snack vs. Chef is as follows:

“This new culinary tournament, hosted by comedians Megan Stalter and Hari Kondabolu, pits 12 cooks against each other in the ultimate snack battle. They will be challenged not just to duplicate some of the world’s most famous snacks, but also to design their own unique treats inspired by renowned classics. Only one person will win the $50,000 reward.”

Scottish Francis, a Snack Vs. Chef candidate gets eliminated in the final round.

All 12 chefs gathered for the season premiere episode of Snack Vs. Chef battled in the ultimate snack showdown until one of them won the challenge and took home the big cash prize. The chefs came from seasoned backgrounds and were prepared to compete with their culinary skill sets. For the first four episodes, three chefs competed against each other with a single snack until one of them earned a direct trip to the Top 5. The vending machine, as well as the three candidates for each show, choose the snack. Scottish Francis, Sandy Dee Hall, and Ali Manning are among the three chefs selected to participate in the season premiere. 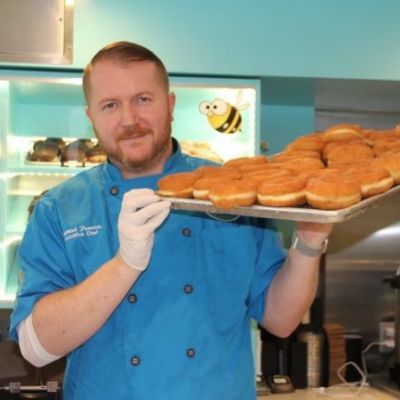 Flaming hot cheetos were the snack selected for the first episode of Snack Vs. Chef. In the first round, the participants had one hour to reproduce the cheetos while adding their own taste. Chef Francis did not want to be picked for the same, but he was the first of the three participants chosen for the episode. Francis, on the other hand, took it in stride and vowed to show everyone that “his goodies are king.” For the first round, the three contenders had to recreate the cheetos by producing both the body and the powder from scratch. The chef made the cheetos using polenta (mashed cornmeal simmered in salt water) and cayenne pepper for taste.

Francis stated to the audience watching Snack Vs. Chef that he was born in London to a Welsh mother and a Scottish family, making him feel like he represents all of Britain. Aside from being known as the Doughnut King, he was also known as “Banksy of Bakers,” “Shortbread Saucer,” and he hoped to be known as the “Snack Emperor” by the end of the competition.

The judges thought the Snack Vs. Chef contestant’s first dish was too hot, similar to the cheetos he had to replicate, and that the dough was soggy and not crunchy, defeating the purpose. The powder on Francis’ cheetos, on the other hand, was “deeply umami and deeply spicy,” like a flaming hot cheeto, according to the experts. The other two contestants eventually failed to live up to their potential, and Francis won the first round. The chefs had to create their own version of the snack inspired by one of the elements they used in the cheetos round in the second round. They also had to make certain that no residue remained on the fingers after eating the snack. 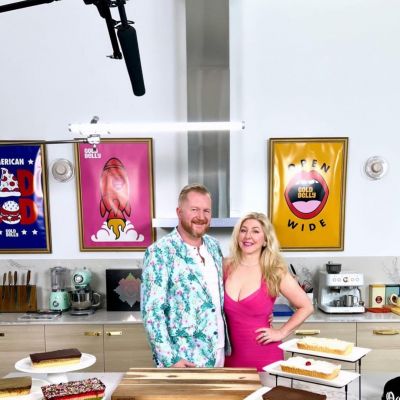 For the second round, Francis combined his doughnut-making abilities with his powdered element on the cheeto to create “Scorcheez,” a doughnut-based snack. The judges praised him for the spicy and umami flavor of the powder and described the snack as a “fantastical mess.”

However, by the end of the episode, Francis had lost his ticket to the finals, as the judges chose Sandy’s dishes over the two rounds. Throughout the season, the Snack Vs. Chef contestants recreated many popular dishes, including Oreos, Kit-Kats, Lays, Pringles, and many more. The participants created inventive and delectable dishes, impressing both the judges and the audience. Snack Vs. Chef episodes are currently available on Netflix.

Read More
EENTERTAINTMENT
Nicola Peltz Beckham recently graced the cover of Tatler magazine, where she spoke out about her and Brooklyn…

Read More
EENTERTAINTMENT
Marvel Studios has extended its winning run with the premiere of Ms. Marvel on Disney+. Since its premiere…

Read More
EENTERTAINTMENT
David de Gea is a well-known professional footballer from Spain. He is a goalkeeper for Premier League club Manchester…