Cristiano Ronaldo and Lionel Messi are without a doubt football’s most famous players of the modern era. Messi and Cristiano have both dominated the world stage for more than a decade, winning numerous trophies, individual honors, and accolades along the way.

In their illustrious career, the two superstars have shared the Ballon d’Or more than ten times. However, with both of these aliens in their 30s, it is expected that their age will catch up with them one day.

Several young players are eager to take up the mantle, with Kylian Mbappe and Erling Haaland already proving their worth. Mbappe and Haaland are already superstars, with both generating a lot of attention in recent months due to their awe-inspiring abilities.

Football has a plethora of talented young players. Europe’s top five leagues are a talent hotspot, with a plethora of young stars. These wonderkids have the ability to draw a crowd and possess all of the characteristics of a potential superstar.

On that note, here are five young players who have the potential to become superstars in the next few years.

Jamal Musiala, a teenage prodigy for Bayern Munich, has continued to make headlines with his enormous potential. He joined the Bavarians from Chelsea when he was 16 years old. Musiala has since gone on to become Bayern’s youngest debutant and youngest Bundesliga scorer. 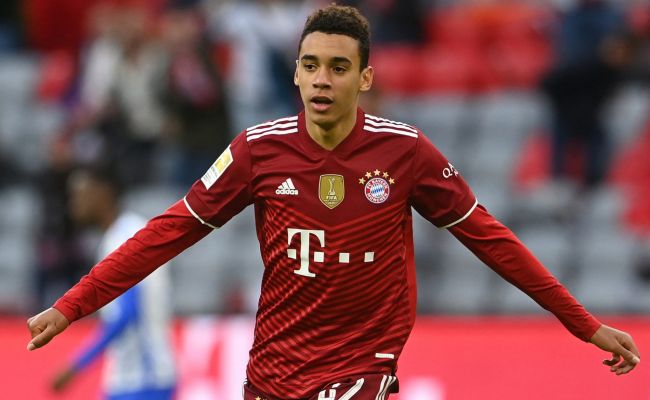 Musiala has appeared in over 50 games for the Bundesliga giants, scoring 11 goals and assisting on five occasions. Aside from his exploits for Bayern, the youngster has also become the youngest player to represent Germany in a major tournament.

Despite his young age, Musiala has shown maturity on the ball and quick feet, allowing him to easily beat defenders. If he continues to improve, the 18-year-old will undoubtedly become a superstar one day.

Even though he is still a teenager, Borussia Dortmund midfielder Jude Bellingham is already regarded as a superstar. Bellingham’s talent belies his age, as he possesses tactical intelligence and technical proficiency on the ball. At the age of 18, he has already proven to be a valuable asset to both Dortmund and England.

Bellingham’s meteoric rise in the Bundesliga has continued following his departure from Birmingham City in 2020. He is a brilliant midfielder with an exceptional ability to read the game and dictate the tempo of the game.

Bellingham’s performances in the UEFA Champions League and the EURO 2020 show that he can also perform at the highest levels of the game. It begs the question of how good the teenager will be in the coming years.

Mason Greenwood, a Manchester United striker, is another rising star who continues to impress with his accuracy in front of goal. He has risen through the ranks of Manchester United’s illustrious youth academy. At such a young age, the English wunderkind is making a name for himself due to his world-class finishing abilities.

Greenwood, who possesses dazzling speed and an eye for goal, is already proving to be a prolific goalscorer. He is two-footed and can find the net even from tight angles, which is a plus. In just over 100 appearances for the Red Devils, the 20-year-old has already racked up 33 goals and 11 assists.

Greenwood has shown tremendous potential this season, scoring 19 goals across all competitions. This season, he has four goals and an assist, demonstrating his offensive prowess. Greenwood, without a doubt, has the potential to become a world-beater and a superstar in the future.

While Vinicius Jr. is another prominent name on the list, some may argue that he is already a superstar. In 2018, he joined Real Madrid from Flamengo for a reported €46 million fee. He has since continued his meteoric rise to fame with his on- and off-the-field persona, making him a fan favorite.

Vinicius, who plays on the left flank, has the potential to change the game in the blink of an eye. He’s developed into a fantastic ball carrier, with a slew of tricks in his arsenal. He annihilates defenders with ease and leaves them catching shadows all evening.

Vinicius has had a fantastic season so far, scoring nine goals and providing seven assists for Los Blancos. If he continues to perform at his current level, he will be the world’s undisputed superstar.

Ansu Fati is at the apex of a crop of exceptionally gifted youngsters emerging from Barcelona’s youth academy. The La Masia item has become a talisman for the Catalan side. This is why he is regarded as Lionel Messi’s successor. In terms of his exploits, Fati now wears the famous #10 shirt of Barcelona.

Fans and critics alike have praised Fati for his calmness and composure in front of the goal. The La Masia product is quick, effective at beating defenders, and decisive in front of goal. While Fati suffers from minor injuries, he is a nightmare for defenders.

Fati possesses all of the characteristics required to become a superstar and take on Messi’s mantle at Barcelona.

Read More
SSPORTS
Newcastle United’s high-profile takeover has led to speculation about a slew of potential big-name signings. However, given Newcastle’s…

Read More
SSPORTS
International football has returned. This has provided managers with an excellent opportunity to iron out specific issues and…

Read More
SSPORTS
Bianca Walkden is a British taekwondo competitor. She won a bronze medal for Great Britain at the 2016…

Read More
SSPORTS
Originally, the role of a full-back in a football team was to defend wingers and cover wide areas.…