The center-back position is arguably one of the most important in the game, as teams cannot function without it. A center-role back has generally evolved from a traditional no-nonsense defender to a possession-recycling defender.

To influence the game in the defensive third, a good center-back used to need to be capable of tackling, marking, heading, and anticipating, but times have changed. Today’s top center-backs must also have a vision, passing ability, a willingness to assist the midfield, and the ability to take chances on goal when the opportunity arises.

“Attack wins games, but defense wins championships,” Sir Alex Ferguson once said. He won 13 Premier League titles with Manchester United, which is worth listening to. Defenders such as Nemanja Vidic and Rio Ferdinand were critical to United’s English dominance during Ferguson’s tenure. On the contrary, Ole Gunnar Solskjaer’s team is currently plagued by defensive issues.

So far this season, and for the majority of the year, a few center-backs have dazzled with their brilliance and prowess in the heart of the defense. Without further ado, here are the top five center-backs in the league right now:

When Pep Guardiola’s Manchester City looked to strengthen their defense, Jules Kounde was their main target. When the deal fell through, City went with Ruben Dias instead. However, nearly every major club in Europe has scouted the Sevilla man.

The 22-year-old has progressed at a rapid pace. Chelsea’s interest in him has grown due to his impressive performances for Sevilla.

Kounde is notable for his speed and field positioning. He can read the game, build attacks from deep, and effortlessly carry the ball out of the defensive third. That explains his current €80 million valuation.

When Sergio Ramos’ future was in doubt, and Raphael Varane was on the verge of leaving Santiago Bernabeu, Eder Militao seized the opportunity with both hands. The former Porto star has taken over as Real Madrid’s main defender, and his efforts have not gone unnoticed. 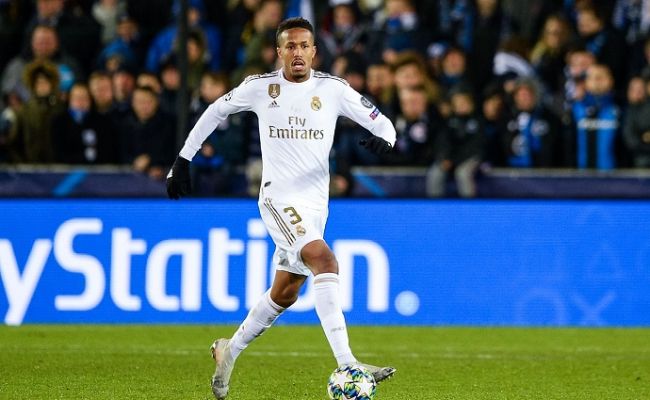 Eder Militao has become indispensable for both Brazil and Real Madrid. Despite playing only 21 games for Los Blancos last season, he only committed 19 fouls.

He’s also Brazil’s third most effective passer, having completed 175 passes this season, trailing only Marquinhos and Fred. There’s little reason for the Madrid center-back to leave the club right now. That’s because he’s emerged as a key figure under Carlo Ancelotti.

The reunion of Lionel Messi and Neymar at PSG has received the most attention. However, center-back Marquinhos remains an important player for the club.

After joining the Parisians in 2013, the 27-year-old enjoyed a fruitful partnership with Thiago Silva. Marquinhos developed into one of the world’s best center-backs after his compatriot left the club.

Thiago Silva has been PSG’s main center-back in recent years. However, the star’s move to Stamford Bridge paved the way for Marquinhos to take over as PSG’s captain at the back. Marquinhos’ attacking and technical midfield abilities have catapulted the Brazilian international to stardom. However, his defensive abilities have been crucial for PSG on numerous occasions.

Virgil van Dijk’s defensive abilities and prowess were honed during his time at Celtic and Southampton. His move to Liverpool, however, catapulted the Dutchman to stardom. He has been outstanding for Liverpool, leading them to Champions League and Premier League titles in consecutive seasons.

Van Dijk is the modern-day center prototype: back he’s good with the ball at his feet, strong in tackles, and ruthless in marking. He is also gifted with speed and aerial ability. Liverpool has only allowed 11 goals in 11 league games this season. This is primarily because of Van Dijk’s defensive leadership and contribution.

Manchester City could not find a key defensive cog after the departure of Vincent Kompany until they signed Ruben Dias.

Pep Guardiola sent Nicolas Otamendi to Benfica while bringing Dias to City. The center-back has seamlessly integrated into the heart of City’s defense, transforming the Premier League champions into a complete unit.

Dias was the season’s best signing for Manchester City in his debut season.

His pace, strength, passing vision, and leadership qualities distinguished him, and he was named Premier League Player of the Season. The center-back is only 24 years old, so City will have a defensive pillar to rely on for some time.:

Read More
SSPORTS
The English Premier League’s competitive nature and intensity are well known around the world. The financial prowess of…

Read More
SSPORTS
Neymar Jr of Paris Saint-Germain and Brazil has established himself as arguably the best footballer of his generation.…

Read More
SSPORTS
Ansu Fati’s house was reportedly broken into and robbed during Barcelona’s match against Espanyol on Saturday, November 20.…

Read More
SSPORTS
Football is a beautiful game, and the presence of world-class players enhances it. With their enormous contributions, Pele,…

Read More
SSPORTS
Momiji Nishiya is a 13 years old Japanese skateboarder. She competed at the 2020 Summer Olympics in the…

Read More
SSPORTS
Barcelona recently announced the hiring of former player Xavi as their new manager through 2024. They did so…