Sophia Hill And Taylor Watts have Announced Their Engagement

Sophia Hill and Taylor Watts of TikTok announced their engagement on social media outlets on November 29, 2022.
Sophia posted a few photos of the two of them on her Instagram account, @sophiahilll, with the statement, “WE ARE ENGAGED!” The message went on to say:

“One of the most joyful days of our life. We are overjoyed and completely smitten with one other. God has blessed us in so many ways, and we are eternally thankful. I can’t wait to spend the rest of my life with you! There will be many more photographs to come.”

In 2020, Sophia Hill and Taylor Watts started dating. As soon as they revealed the next stage in their relationship on social media, it was flooded with congratulations and joy for the couple. A few followers were also spotted asking how old the pair is and whether they are too young to marry. Unfortunately, the couple’s actual age is unclear, although both Sophia and Taylor are in their early twenties. Sophia was born in 2001, making her 21 years old, according to NEXTAU. Taylor was born on January 6, 2002, according to FamousBirthdays, making him 20 years old. 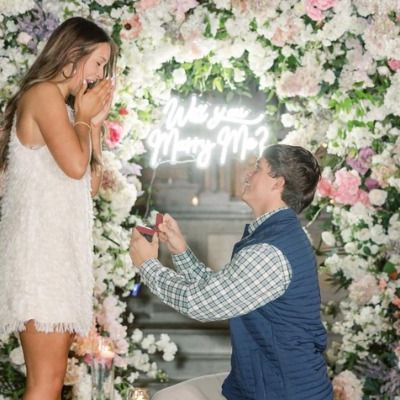 “Everyone hopes for your connection,” fans say in response to Sophia Hills’ engagement news.

When the news broke, fans were overjoyed. Many people instantly thanked the pair and conveyed their love and best wishes. Many readers referred to them as the “cutest pair” and “dream couple,” saying they are “couple goals.” One Instagram user, @who.is alexis224, noted that the pair had made her believe in love again.

Who exactly is Sophia Hill?

Sophia Hill, a TikTok celebrity, goes under the name @taylorrandsoph. She has almost 120 million likes and a fan base of 3 million. Her movies primarily consist of pranks and challenges with her boyfriend (now fiancé), Taylor Watts. She became famous in May 2021 after posting a video on the internet about her partner not enjoying her pet names for him. 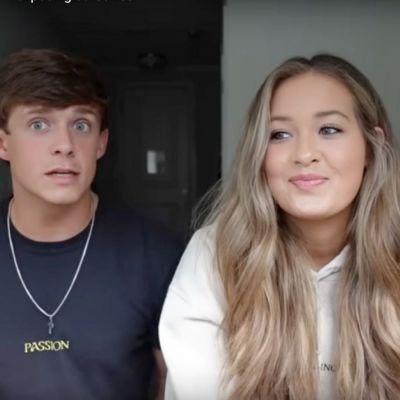 They both appear in every video, but it is usually Sophia Hill who is seen pulling a prank or making a joke on her oblivious fiancé. This is why many people assume Sophia is the one who creates the material and controls the account. The pair is also known to converse and engage with their followers on a regular basis. Their uploads chronicle their everyday life as well as the goofy things they do together. This is why fans like their family-friendly material and usually refer to them as relationship goals.

Read More
EENTERTAINTMENT
The highly anticipated The Crown season 5 will premiere exclusively on Netflix on Wednesday, November 9, 2022, at…

Read More
EENTERTAINTMENT
Marta Diaz is the girlfriend of Sergio Reguilon, a Spanish footballer who plays for Tottenham Hotspur and the…

Read More
EENTERTAINTMENT
As the premiere date of Hulu’s Mike approaches, there has been renewed interest in cast members such as…

Read More
EENTERTAINTMENT
In May 2022, Audrina Patridge published her book, Choices, in which she detailed her time on The Hills…